ZIKV alternate between a human host and a mosquito to complete its urban cycle. Other contamination routes are possible for this virus, but mosquito transmission is still considered as the primary one.

When infected, human exhibits a transient viremia that increases in the first days post infection and subsequently decreases until the infection is cleared.

We aimed to address the following questions: Is the probability for a viremic human to infect a mosquito dependent of its ZIKV viremia level? And if yes what is the dose / infection prob. relation? Is the intra-mosquito virus dynamic influenced by the virus dose? How does this translate in term of outbreak initiation and dynamic?

But first let’s talk about vector competence. It is often defined as the intrinsic ability of a mosquito to transmit a virus.

All these steps depend on probabilities.

These probabilities are influenced by intrinsic factors, such as the genetic of the mosquito for ex. In the modified version of the Ross-Macdonald Vectorial capacity model, vector competence is used as a proportion that acts as a limiting factor in the estimation of the mean number of potentially infective bites per person per day.

In this model, vector competence is time-independent, it only describes the maximal proportion of mosquitoes that can transmit a virus.

But vector competence is actually time-dependent! All engorged mosquitoes would have 0 probability to have infectious virus in their saliva at day 0. Probability of virus transmission would then increase over time, as mosquitoes would incrementally reach their EIP, until to reach a plateau.

EIP is the extrinsic Incubation Period, the time needed by a mosquito to move from infected to infectious.

At a population level, if one measure the same “infectious mosquito/exposed mosquitoes” ratio at t1, t2 or t3 days after infection, he will not get the same result, hence not the same estimated “vector competence”. Vector competence can thus be considered as a complex dynamic variable that directly reflect the underlying distribution of the extrinsic incubation period (EIP) and to the proportion of mosquitoes that will never transmit the pathogen. In our paper, we explored the dependence of this dynamic on the ZIKV dose. We used systemic infection as a proxy for transmission because it was more convenient and less prone to error. We thus did not assess EIP per say but time to virus dissemination. It is still a prerequisite for transmission. We demonstrated that the virus dose has a strong positive influence on the probability to infect a mosquito. Our estimated median Infection Dose (ID50) was 5.6 log10 FFU/mL, which corroborates previous published estimates.

In addition, we shown that systemic (disseminated) infection is dependent of the interaction between the time post virus infection and the virus dose…and we modeled these relations to be able to make predictions.

Mosquito population origin, either temperate or tropical, had no impact on infection rates or intra-host virus dynamic

These results were obtained by exposing mosquitoes to several ZIKV doses in standardized condition. But…What is the range of ZIKV doses in human blood? Because vector competence depends on the dose, this is an important question. Few information is available in human regarding the virus load dynamic post infection, especially during the pre-symptomatic stage of the disease. Indeed, no one can ever know when/if he was bitten by an infectious mosquito!

To answer this question, we aimed to provide a realistic Zika viremia dynamic in human. We inferred ZIKV viremia based on patient data, also relying on non-human primate data. (the viremia is here in virus RNA copies/mL).

At the peak of viremia, mosquito infection probability was estimated to be 20%, and 21 days were required to reach the median systemic infection rates. This is not ideal to initiate an outbreak with a fast dynamic.

This low vector competence of Aedes albopictus for ZIKV has been described in several works. Our global picture confirms a low vector competence… But is it sufficient to initiate secondary human cases? To answer this question, we implemented a stochastic agent-based model (ABM) to assess the epidemiological impact of within-host ZIKV dynamics in dose-dependent manner using the R package nosoi. https://slequime.github.io/nosoi/articles/nosoi.html

An ABM is like the video game “The SIMS” with humans interacting with mosquitoes in a virtual environment. Rules of the game were based on our empiric data. An infectious human was added in the game and we see what happen in numerous simulations. No need to develop complex equation-based models, the computer is doing the job. We revealed that large scale ZIKV outbreaks could arise despite the “low” vector competence of Ae. albopictus for ZIKV in presence of high mosquito densities.

In summary, our results revealed a low epidemic potential of Ae. albopictus for ZIKV, independently of its tropical or temperate origin. This low epidemic potential however cannot be considered as an obstacle to autochthonous ZIKV transmissions as it can rise under favorable conditions (e.g., high mosquito density) to trigger large scale ZIKV outbreaks.

Active surveillance and eradication programs should be implemented in territories occupied by Ae. albopictus to maintain the low risk of Zika virus outbreaks.

Vector competence also depend on other extrinsic factors, such as temperature, a nice thread here: https://twitter.com/oliviawinokur/status/1245384831438958592?s=20

We used an Asian ZIKV isolate, the emergence of an African ZIKV isolate would probably completely change the rules of the game. https://twitter.com/LambrechtsLab/status/1301062256646643714?s=20 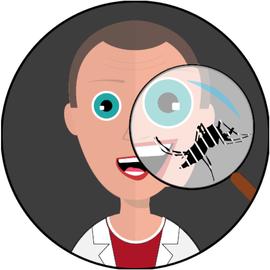 My main research interests include vector-borne diseases surveillance, interaction dynamics between mosquito-borne pathogens and their hosts, and quantitative genetics applied to mosquito-viruses interactions.